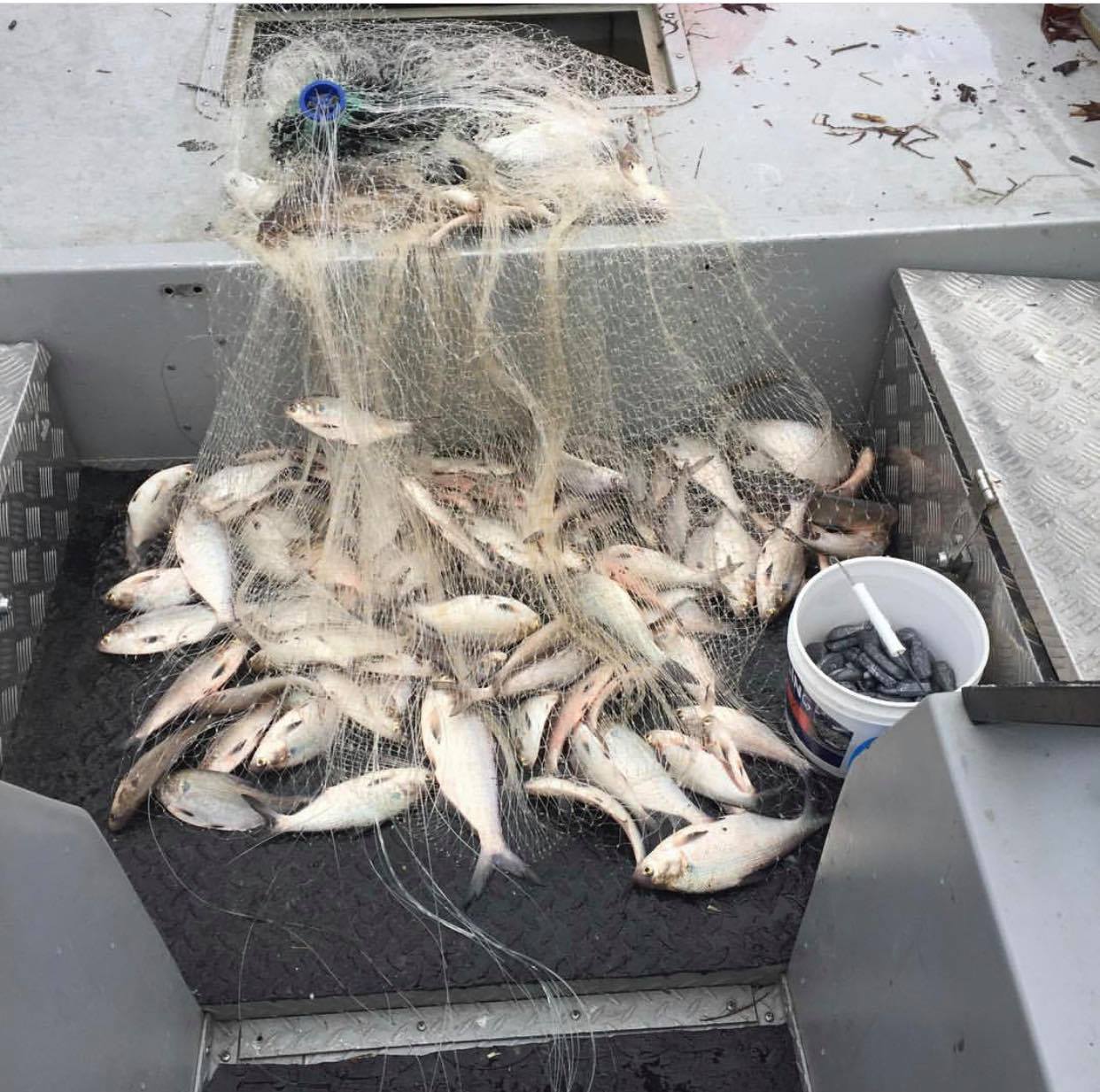 It’s Fall, and for many freshwater anglers, one of the best times of the year for catfishing! It’s a time where I tend target all three primary catfish species; Flathead Catfish, Channel Catfish, and Blue Catfish.

Know Your Catfish
First thing’s first – know your catfish species! While there are many different species of catfish, we will be discussing the three most common.

Also called the mudcat or the shovelhead cat, the Flathead Catfish can be easily identified by its broad, flat head and the absence of a fork in its tail. Similar to the Blue Catfish, the Flathead can grow very large in size (over 100 pounds).

Bait
For most catfish, the bait of choice is either live or cut gizzard shad. I start by heading to my local river or lake, throwing my Fitec Cast Net, and loading up the live well with my bait. Many anglers also prefer cut bait for catfish. This can be done by purchasing from your local bait shop or using your own freshly caught baitfish. Depending on the size of shad, I will cut my bait into 1 1/2 wide to 2-inch-wide chunks. 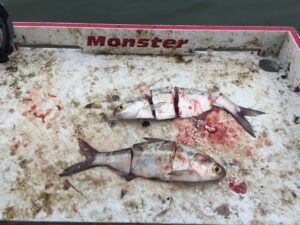 Two popular methods of rigging live bait are hooking the live gizzard either through the bottom lip and out through the top of nose or behind the dorsal fin just below the spine. 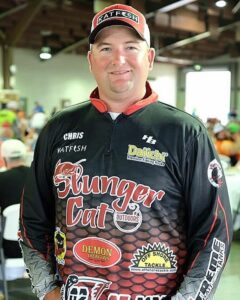 Chris Souders is a seasoned flathead catfish angler, an accomplished tournament angler and a dedicated family man. The southern Ohio native was named Cabela’s King Kat Angler of the Year (AOY) in 2016. His strong work ethic and determination to succeed led him to repeat the AOY title in 2017. Chris credits his passion for fishing to his positive fishing experiences as a child and strives to pass that passion on to future generations.

Chris believes that conservation starts with CPR (Catch, Photograph, Release) and educates people about the importance of this practice. To promote conservation effectively he believes anglers must hold themselves to high standards and be good role models for others.

Chris shares his passion for catfishing on Slunger Cat Outdoors, a YouTube channel that he created to help people learn how to find and catch catfish. Chris also shares his proven techniques in how-to seminars and on other social media sites.