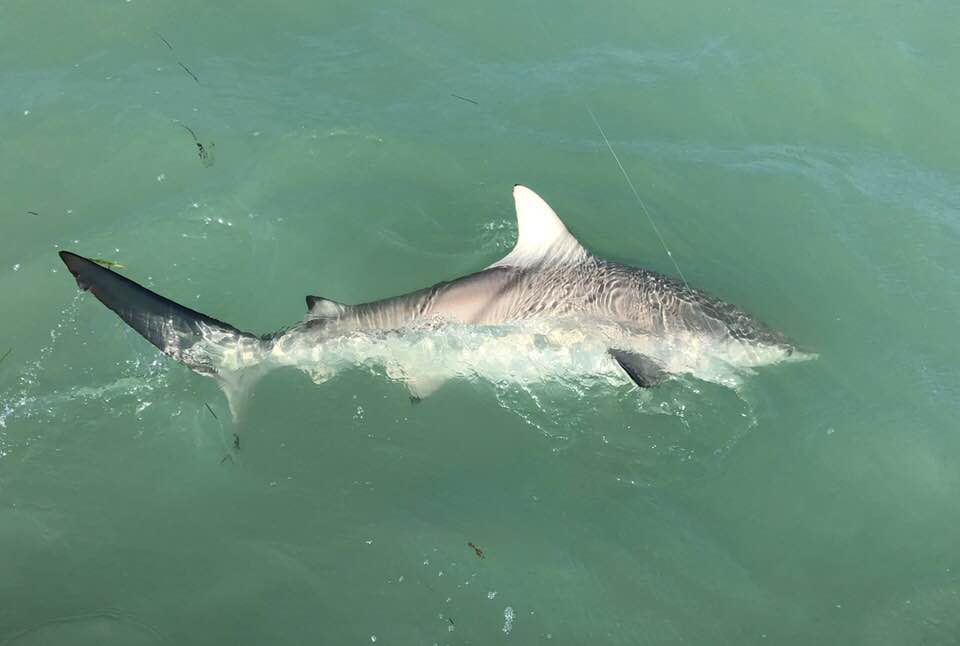 It’s almost springtime in the Florida Keys and Everglades! With these 80-degree temps, we’re catching a variety of fish with bait we’ve caught using our Fitec Cast Net.

On our way out, we caught some live pilchards with our 8’ 1/4’ Fitec Ultra Spreader cast net and used them to catch Spanish mackerel and mangroves snapper. Soon after, we spotted pelicans diving on mullet, so we broke out the 10′ 3/4″ Fitec Ultra Spreader net and, after two throws, we had plenty of fresh mullet for our outing. There are plenty of snook and redfish being caught now as well. On warmer days, live bait caught with a cast net is the bait of choice.

I have been using Fitec’s Ultra Spreader nets for a long time and always keep a mullet and a pilchard net on my boat. Lately, I’ve been cast-netting mullet for both live and dead bait. On yesterday’s outing, numerous spinner sharks and blacktips were caught and released, along with two 12-14-foot sawfish. We also jumped off a large tarpon. With spring-like temps, they will soon be flooding the waters off Florida bay and the adjacent gulf. We also caught a photo of this large spinner shark!

Captain Skip Nielsen is a fishing guide for Nielsen Charters in Islamorada, Florida. Captain Skip has been guiding since the early 70’s and can be reached at skipcyd@gmail.com.

How Do I Choose the Right Cast Net?